Be Alert Torrentors! You Will Be Receiving Written Warnings Soon

ISPs in the UK will start warning their subscribers via email about the illegal content they have been viewing till now and guiding them towards legal content sources, starting later this month. This initiative has been planned to restrict unauthorized content access under the Voluntary Copyright Alert Programme, approved by all the four major ISP providers – Sky, BT, Virgin Media, and TalkTalk. This initiative was in the pipeline since 2014 and is scheduled to be implemented in this month.

Creative Content UK, a partnership between the government, copyright holders and ISP providers has declared this initiative as an active component of their policy to combat unauthorized access to digital content. Well, the programme is more inclined towards educating the users rather than threatening them.

This initiative will kick-off later this month with all the major IPS providers joining hands and coming up with an easy method to inform their users about how they can remain safe from breaking any copyright laws, unintentionally. Here, a question arises whether the ISP providers will be monitoring the activities of the users? Well, the answer, thankfully, is a NO because they will rely on the data provided to them by companies who are maintaining Copyright Infringement Reports. It’s quite simple how these reports will be compiled. When an IP address is identified sharing files illegally, that IP address will be added to their list by copyright holders. If the IP address is linked to a subscriber, then an email will be sent by the ISP provider warning the user.

The content and tone of the email that will be sent is still quite unclear, but most probably it will contain an itemization of the media along with the links to genuine sources. Also, the email will provide a brief intro about anti-piracy resources and will probably share educational resources. 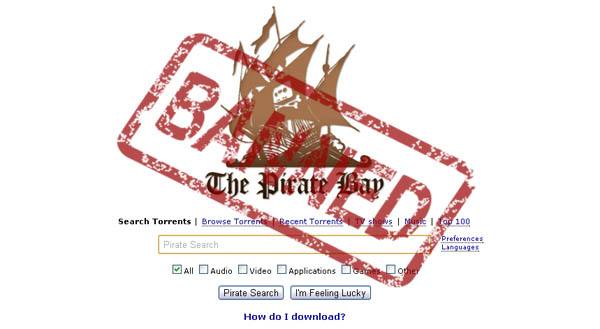 Well, tracking people can be a challenge, especially those downloading content directly from downloading sites. So, in the first phase, the ISP providers will be targeting torrentors as they are easier to track due to the peer-to-peer nature of the network. This won’t be a shady practice like how some law firms do; sending emails or letters to users suspected of torrenting and asking them for money to settle or else face legal actions. Judges have already stated in many cases (piracy related) that IP addresses are not evidence enough. So who to blame next?

The point is quite clear that ISPs don’t want to threaten their users but to create awareness about the legal ways to watch movies, TV shows or listen to music. This is exactly what Creative Content UK campaign is designed for. It’s a simpler and softer approach unlike Digital Economy Act 2010 which was abandoned due to the many issues associated with it.

The war is on but is it winnable? There’s no harm in using legal ways to stream videos, movies or music but no one wants to be tracked. So, in case you don’t want to be a recipient of such emails, you can use a VPN to protect you. The companies compiling Copyright Infringement Reports won’t be able to track people who are accessing content with a VPN. Be responsible Netizen but don’t let anyone invade your online privacy.